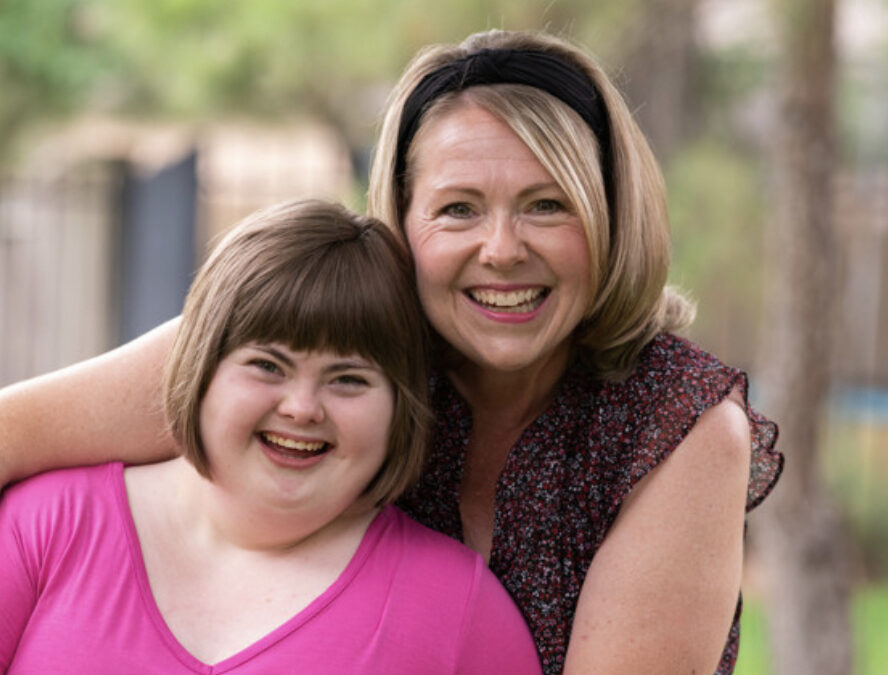 There’s No Such Thing as Plateaus: Allison’s Reimagine Story
By Brenda Deeley

So much for stereotypes.

Allison was just three years old when she was diagnosed with a social anxiety disorder, and by middle school she had developed aggressive behaviors that got progressively worse as she entered high school. To see our adorable little girl, with extraordinary language and reading skills, sense of humor and quick wit transform into someone with unpredictable aggressive behaviors was unimaginable.

We tried everything – from Applied Behavior Analysis to pharmacological intervention to address her behaviors, but there was no silver bullet.

When you have a child with serious behaviors, it’s incredibly isolating for your child and the entire family. There’s risk involved just going to a movie, church or a social gathering with peers. Our guard is up the entire time. She moves, we flinch – we are always at the ready to block or exit her. And homelife is exhausting.

Ultimately, we made the difficult decision to move our daughter to a residential treatment center (RTC), a special boarding school for students with intellectual and developmental disabilities and serious behaviors, because we couldn’t imagine our future with her as aging parents. And Allison was truly miserable locked in a behavioral brain and body.

Even though Allison had been in private swim lessons on and off since age five – and loves being in the water – her water safety and swim skills were non-existent. Her anxiety was holding her back.

So, the search began to find a swim instructor who would work with an adult with developmental disabilities, anxiety and unpredictable behaviors. The swim instructors at Reimagine were willing to give it a shot. From the first lesson, the instructors believed Allison could swim more than she did. And in a matter of months, Allison was swimming!

It wasn’t without struggle. Some days we didn’t even make it to the lesson because Allison was having a bad behavior day. And on several occasions, she hit her instructors. So, we’d end the lesson as a consequence, apologize and aim to do better next time.

The Reimagine team never gave up on Allison. They cracked the code and figured out how Allison could learn a new skill – a skill she had been trying to learn for years. It’s this passion and commitment that made me see how our children with intellectual and developmental disabilities can continue to learn throughout their lifetimes.

Often during Individualized Education Program meetings with your school district, you hear that your child has plateaued in a particular skill. At Reimagine there is no such thing as plateaus.

Our daughter’s success learning to swim at age 18 is a testament to Reimagine’s mission “relentlessly pursue possibilities through the lifespan of every person with disabilities.” So, Allison will keep working toward that goal of being able to swim well enough to safely jump off diving boards – because she’s got a lifetime of learning to accomplish it!

Brenda Deeley is Allison’s mom and a Reimagine Board member. She also serves on the Irvine Residents with Disabilities Advisory Board and the CalOptima Whole-Child Model Family Advisory Committee.

Editor’s note: Reimagine no longer has a facility for its swim therapy program, but continues to consider it as part of its long-range planning.